We’ve recently returned from a fortnight in Shetland, during which we were out exploring its fantastic coastline every day and amazingly, experiencing almost continuous good weather.  I don’t intend to write a post about every single day (because I’m too lazy), but hopefully this will be the first of three posts covering some of our most memorable days.

Fethaland is the northernmost tip of Mainland and somewhere that we hadn’t visited on our previous trip to Shetland.  Like everywhere in Shetland, the coastline here is a chaotic jumble of cliffs, headlands, inlets (geos), skerries, stacks, natural arches, sea lochs and caves.  Every twist and turn of the coast reveals another staggering view, or another headland that just has to be walked out to.  For this reason, even short walks in Shetland take hours.

Our plan was simple – we would set off from North Roe and keep the coast on our right till we reached the Point of Fethaland, whence a good track would return us to our start point.

A couple of small geos near the start of the route 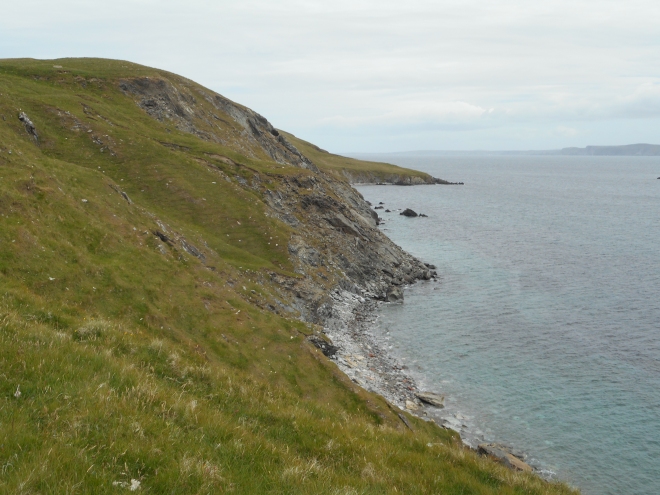 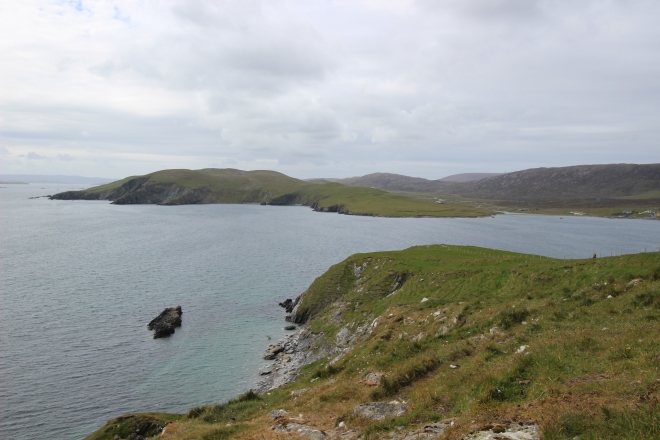 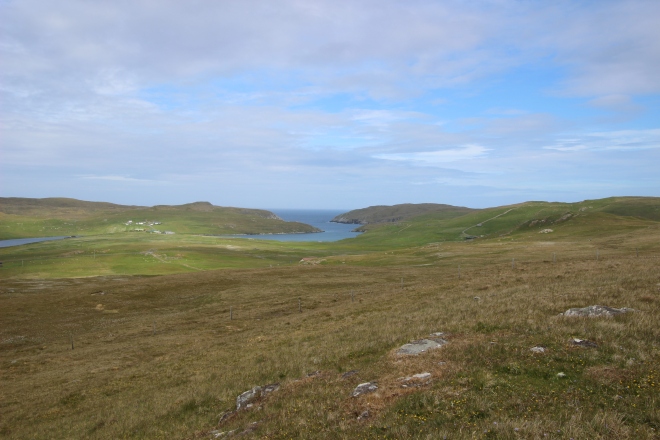 Looking right across the peninsula to the west coast

Another of the many geos – Yell in the background 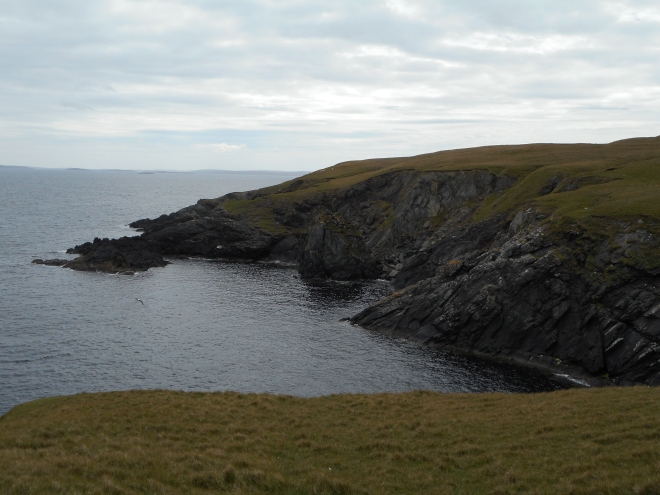 Looking back south along our route

Approaching the Head of Virdibreck 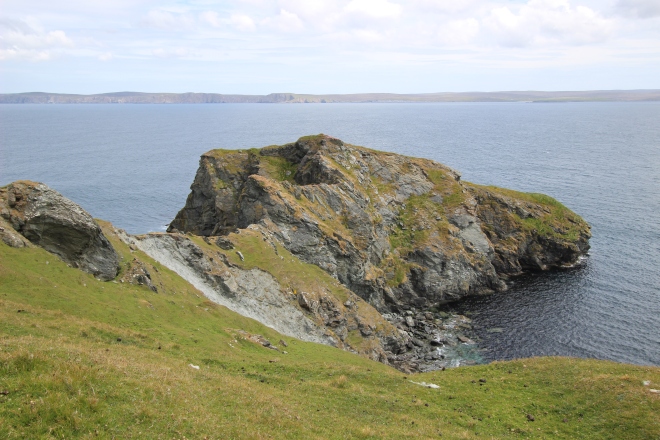 Kame of Isbister – or as Karen called it, the Dragon’s Head 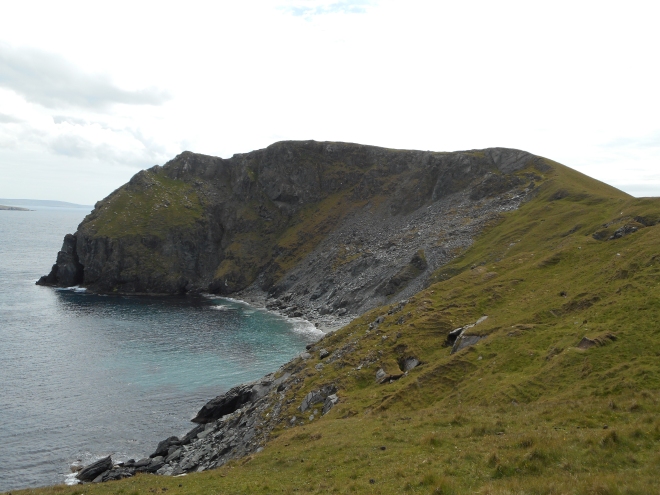 Looking back at the Head of Virdibreck

Another view of the Kame of Isbister and its natural arch

Looking north along the coast 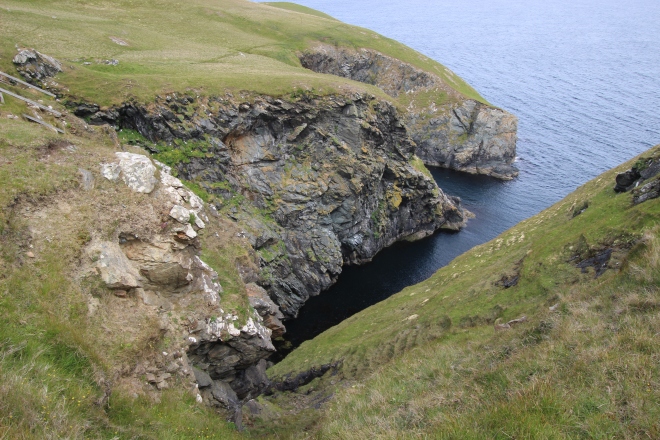 A closer view of Eislin Geo

Our objective finally comes into view! 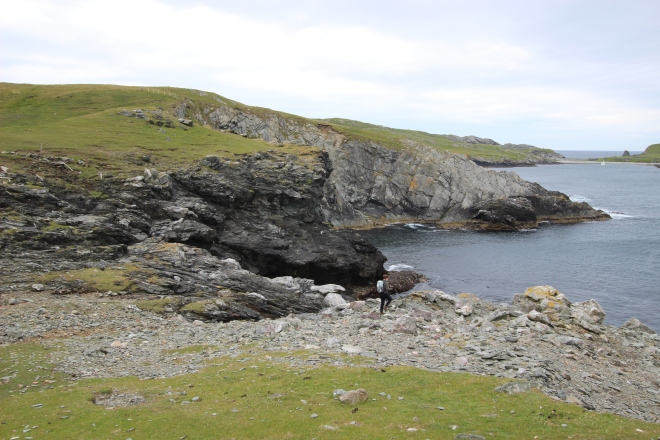 The rock architecture hereabouts was amazing 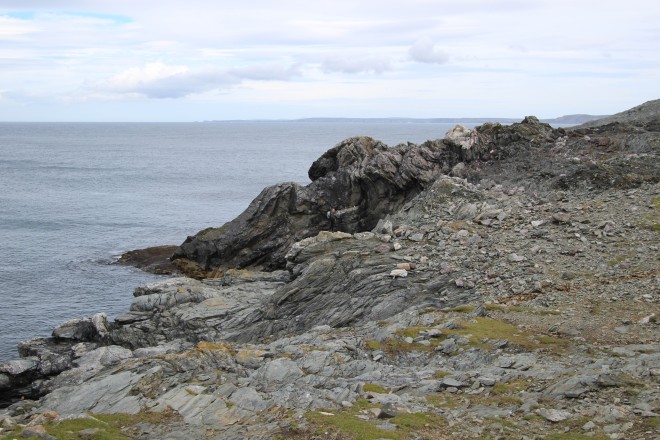 You can really see why Shetland is so popular with geologists

This geo isn’t maned on the map, but the headland has the wonderful name of Fluga Taing

I wonder how far back that tunnel goes?

The Isle of Fethaland was the undoubted highlight of the walk.  The cliff scenery here is almost too spectacular to be true.  It must be an incredible sight when the winter gales bring the waves crashing in.

Looking south-west from the north tip of the Isle 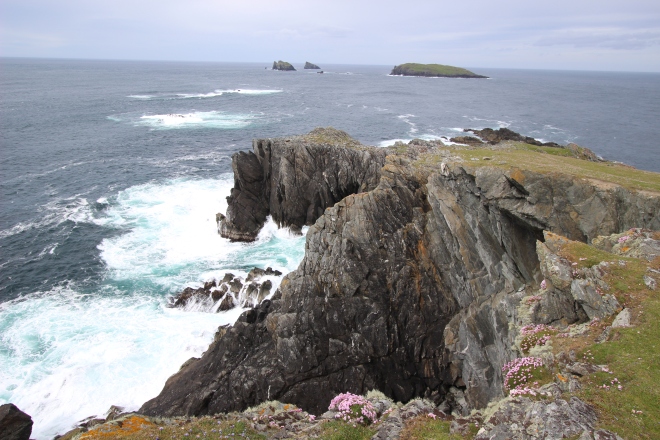 Skerries off the northern tip

The amazing cliff scenery on the west coast of the Isle

On the neck of land that connects the Isle of Fethaland to the rest of the peninsula are the remains of a haaf (deep sea) fishing station, which remained in use until the 20th century.  Amazing to think that somewhere that is so peaceful today was until relatively recently a hive of industry.

Remains of the fishing station

Some photos by Georgina Collins.