For the second day of our weekend in Dufton, we decided to visit the spectacular High Cup Nick, with a return over the moorland summit of Backstone Edge.  First however, we wanted to wander through Dufton Gill to see the bluebells in sunlight.  Having wandered through the woods on the Friday evening, we knew it was a sight worth seeing.  They really were beautiful.  And there are so many – possibly the most I have ever seen in one place.  Annoyingly I found that my camera battery had died, but luckily Andrew’s was in full working order.  All of the pictures in this post were therefore taken by him. 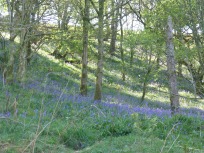 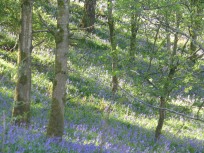 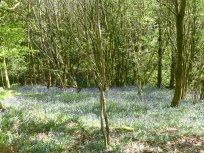 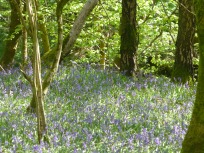 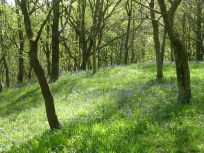 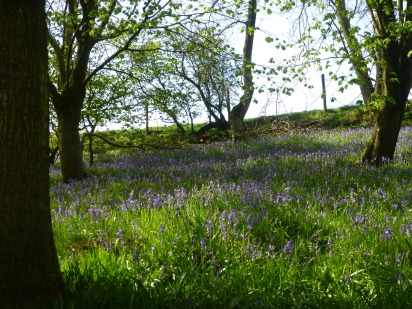 Leaving the wood, we took a farm path that would take us almost to the bottom of High Cup Gill.  Most people follow the Pennine Way from Dufton village, but a relative had tipped us off that a more dramatic approach was to take the footpath that climbs right up through the bottom of the gill, exiting steeply at High Cup Nick itself. 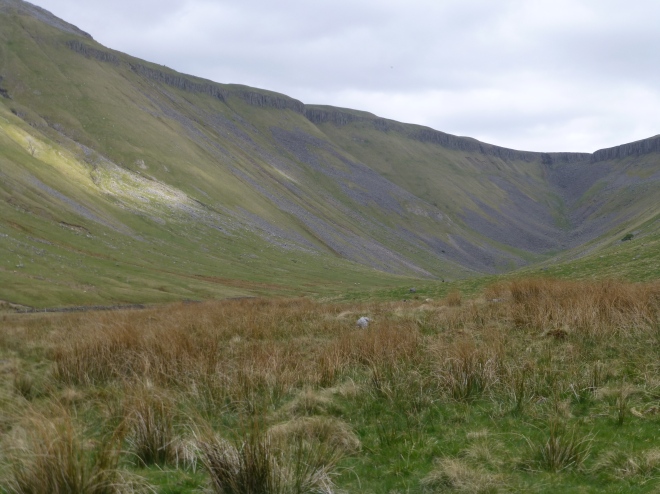 Looking back out of High Cup Gill

High Cup Gill is sometimes claimed as ‘England’s Grand Canyon’ and though it has to be said that this is something of an exaggeration, it’s probably true to say that it is England’s finest example of a glacial valley.  As height is gained and the sides of the valley start to converge, it does become slightly claustrophobic – but truly magnificent. 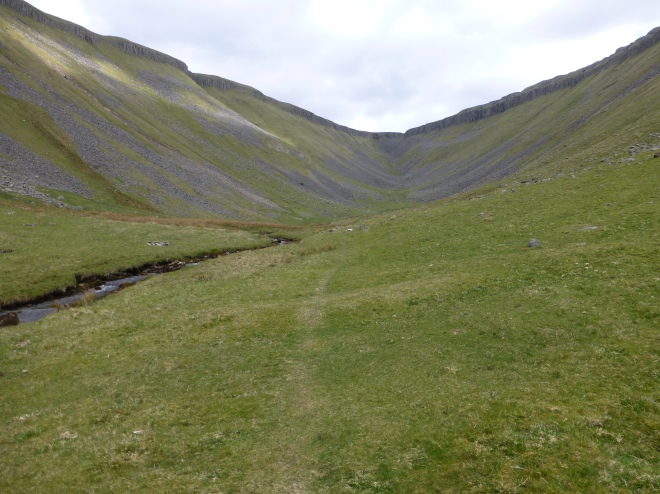 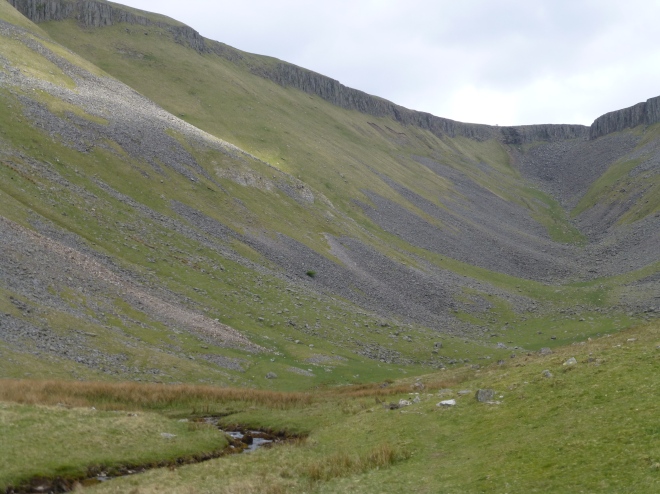 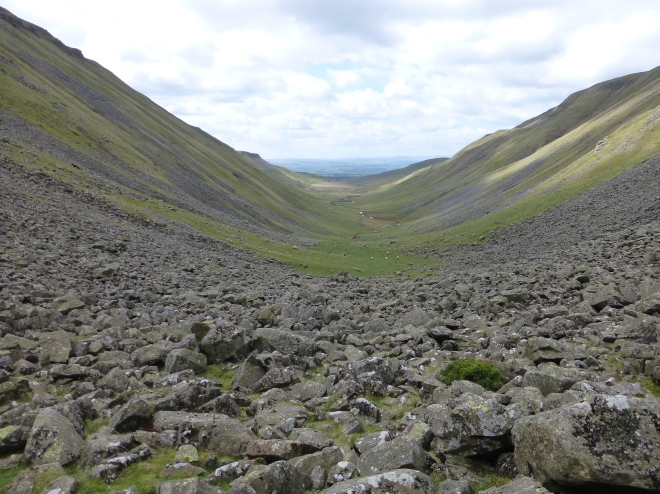 The spectacular ring of crags that encircles the whole valley is part of the Whin Sill, an intrusion of dolerite (known locally as whinstone) that runs right through the northern Pennines, and forms such distinctive features as Cauldron Snout and High Force, as well as the Farne Islands and the outcrops on which Lindisfarne and Bamburgh Castles are built.  The highest section of Hardian’s Wall also runs across crags formed by the Whin Sill. 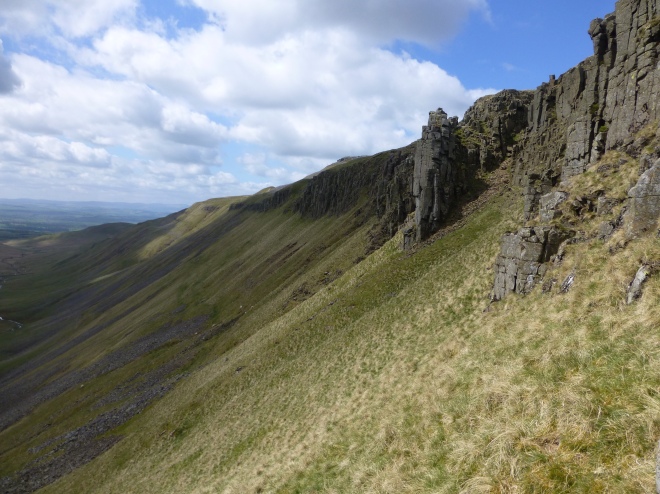 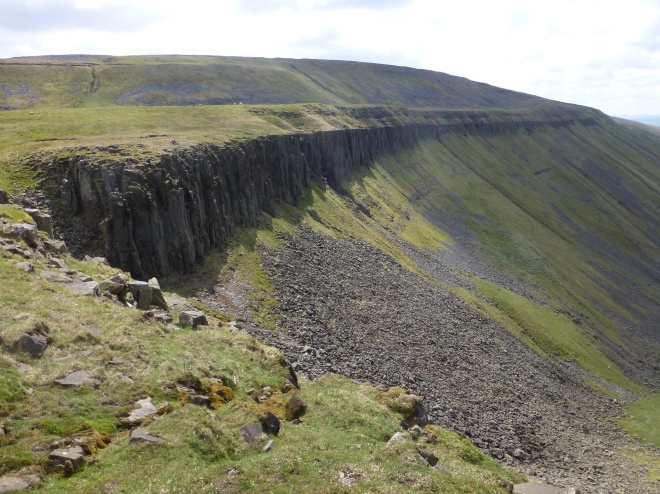 The climb out from the head of the gill was extremely steep, but this provided a good excuse to admire the view frequently.  Although there was a path throughout, it can’t be very well used as of the 30 or so people that we must have seen at High Cup Nick, not one had used our route through the gill, nor did anybody appear to be returning that way. 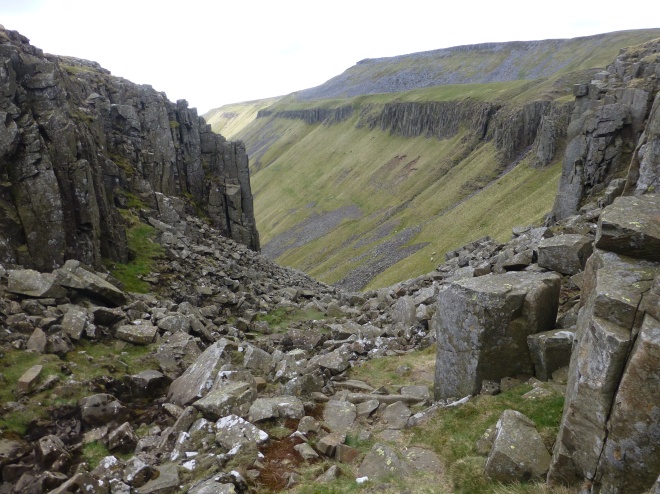 This is the view looking down from the nick itself

Once we’d eaten lunch and satisfied ourselves that we had spent enough time admiring the view, we left the crowds behind to head up on to Backstone Edge.

Climbing up towards Backstone Edge

On reaching the moorland above, I was pleasantly surprised to find that a footpath had come into being since my previous visit around ten years ago.  On that occasion, we’d had to wade through the ankle-deep heather, an energy-sapping experience that had worn the dog out and almost made us miss our train home.  This may have been before the implementation of the ‘right to roam’, which would perhaps explain why there were fewer people walking there at that time.

The author by the large cairn at Narrowgate Beacon.  The onward route followed the edge of the moor round to the right.

A last look back at High Cup Nick from Narrowgate Beacon

The path continued all the way to the summit of Backstone Edge (2293 ft); not really a summit at all, just a high point in a sea of rolling moorland.  The path seemed to run out beyond the summit, but by that time Great Rundale Tarn, our next objective, had come into view.  Oddly, although the tarn is named after Great Rundale, its outflow doesn’t feed that valley, but instead runs east, to join the Tees.

Beyond the tarn, we followed an old mine track down into Great Rundale.  It was rather loose and stony, but made for a quick descent.

Heading down into Great Rundale

The lower reaches of Great Rundale.  The structure on the left is an old lime kiln.

Dufton Pike comes into view at the end of Great Rundale

Reaching the bottom of the valley with time and energy to spare, we decided to nip up Dufton Pike as it was such a nice day. 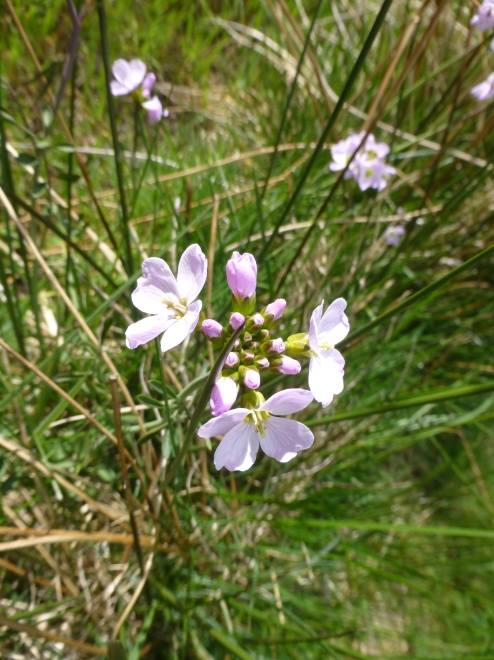 Cuckoo flowers on the track below Dufton Pike 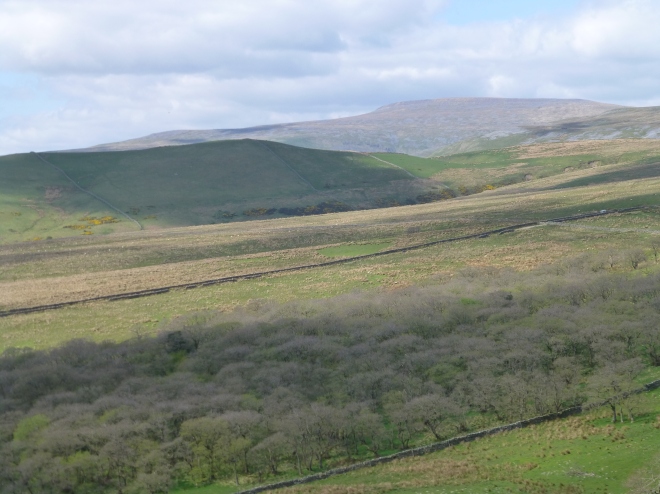 Zooming in on Cross Fell

Once the track that runs across the base of Dufton Pike is left, the ascent becomes very steep, though it’s grassy all the way.

The views from the summit (1578 ft) are magnificent; more so than those from higher nearby fells.  This is mainly due to Dufton Pike’s pointed shape, which contrasts with the rolling moorland more prevalent in these parts.  The difference in shape is due to the underlying geology – Dufton Pike is formed from Borrowdale volcanic rock, more commonly found in the Lake District.

Backstone Edge from the summit.  The track in the centre-left was our descent route from the former. 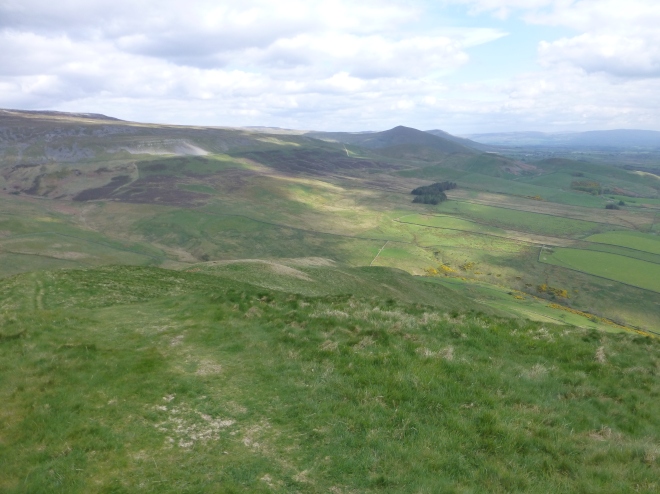 The view to the south.  The prominent peak is Murton Pike – High Cup Gill is immediately to its left.

A steep descent returned us to the old mine track and back to Dufton.  It had been a superb walk, made all the more so by the sheer variety of the scenery encountered, which proved if nothing else that there is much more to the Pennines than the ‘dreary moorland’ of popular repute.

All photos by Andrew Collins.