Leaving Earl Sterndale, it was surprisingly chilly for mid May and I soon had to pause to add en extra layer.  We headed up and over Hitter Hill, which provided early views of all three ‘peaks’.

From below, Parkhouse Hill looks quite intimidating.  In fact, it is an easy climb on grass, and only takes around ten minutes.  In no time at all, we were enjoying far reaching views from the summit (1180 ft). 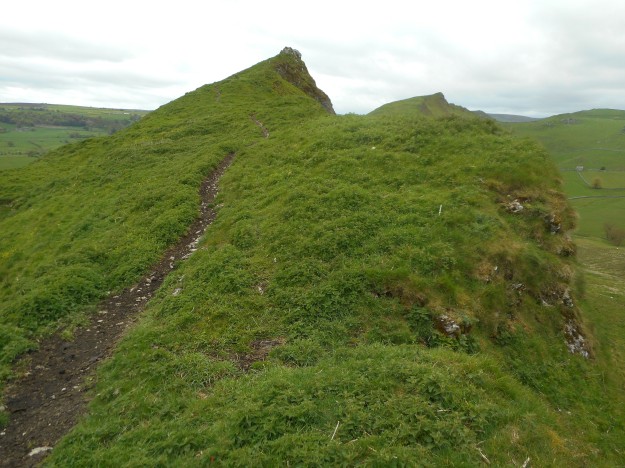 Approaching the summit of Parkhouse Hill 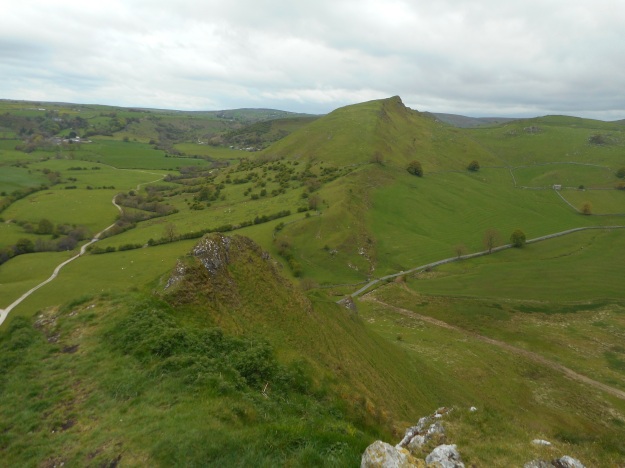 Chrome Hill from the summit of Parkhouse Hill

Descending from the summit via the west ridge, there are several options for easy grade 1 scrambling.  I must admit that I chose to bypass some of them as the wind was quite strong and I’m not as confident in my down-climbing ability! 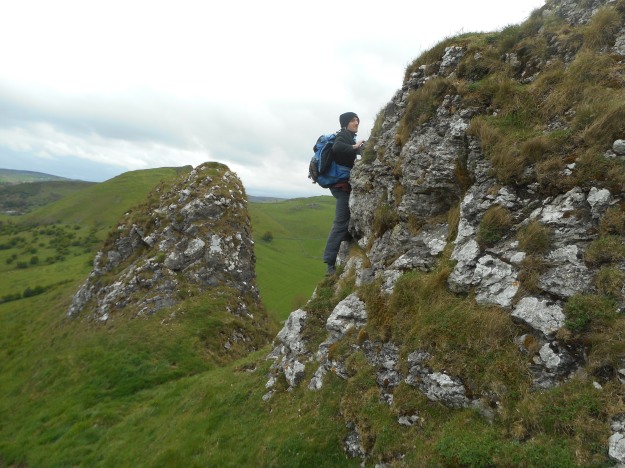 Easy scrambling on the way down 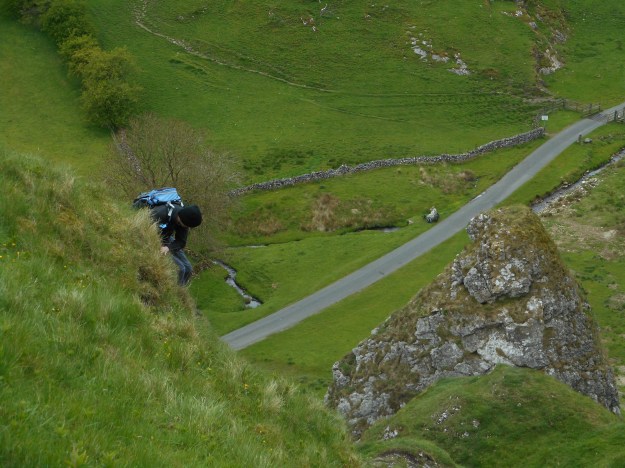 Not as scary as it looks!

Unfortunately, it’s necessary to descend all the way to valley level before the ascent of Chrome Hill begins.  It’s a slightly longer ascent to Chrome Hill, though it isn’t as steep as Parkhouse Hill.  The retrospective views to Parkhouse Hill and lower Dovedale are magnificent and provide a good excuse to pause on the way up. 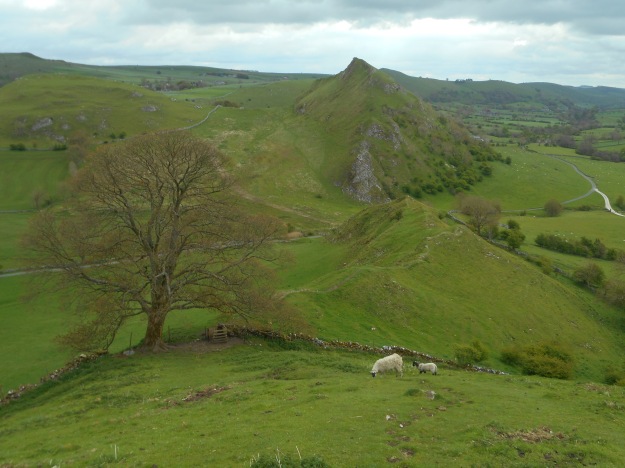 Chrome Hill’s summit (1394 ft) is also a magnificent viewpoint.  It surprised me to discover just how much smaller Parkhouse Hill appeared to be. 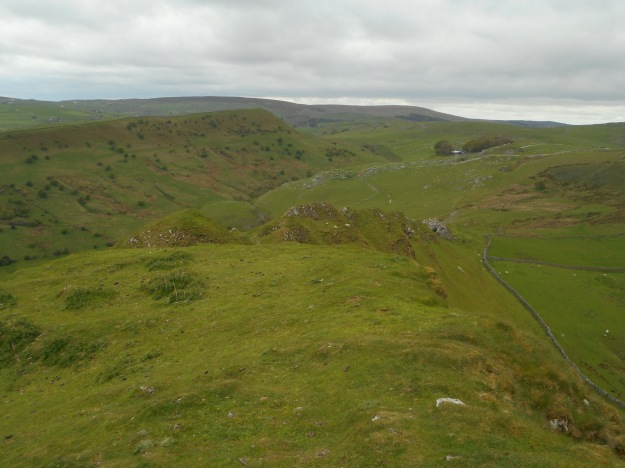 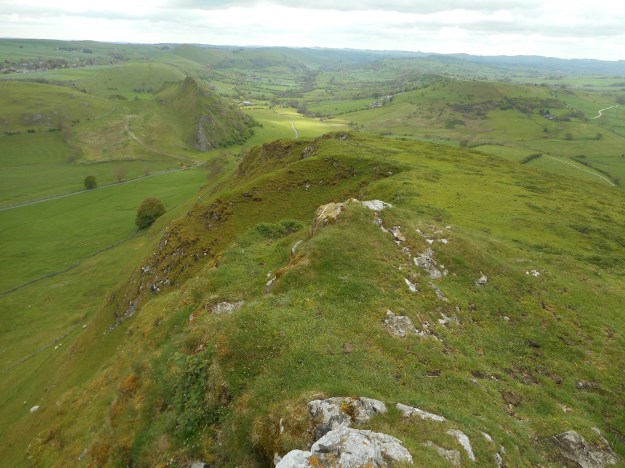 There is also some easy scrambling on the descent from Parkhouse Hill, though it is less continuous and easier than on the latter.  We also found some intriguing rock features en route, including a natural arch and a cave. 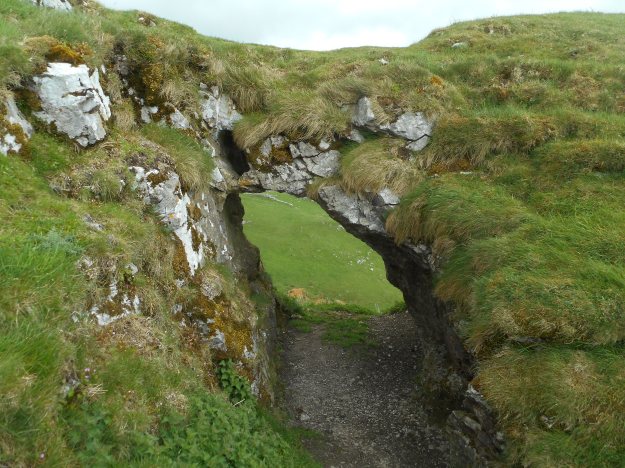 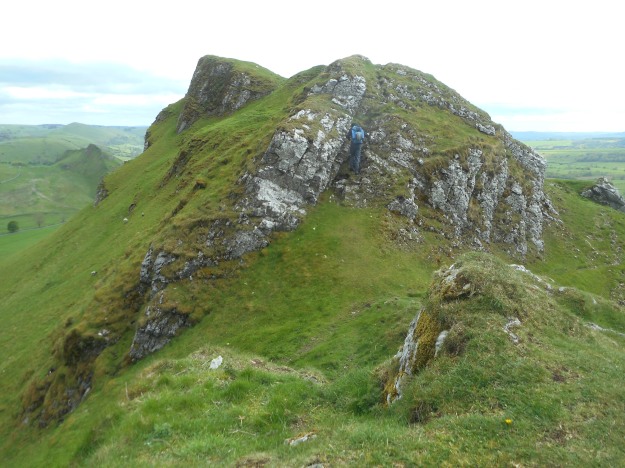 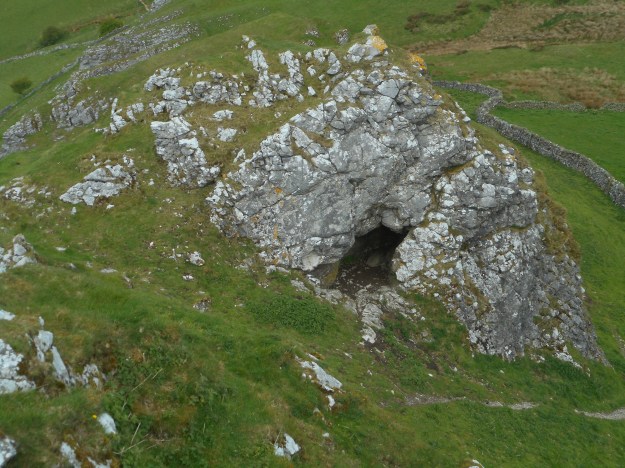 Cave on the descent path

A slightly circuitous route has to be followed to reach Hollins Hill, but it’s a pleasant walk passing Tor Rock and with impressive views back to Chrome Hill. 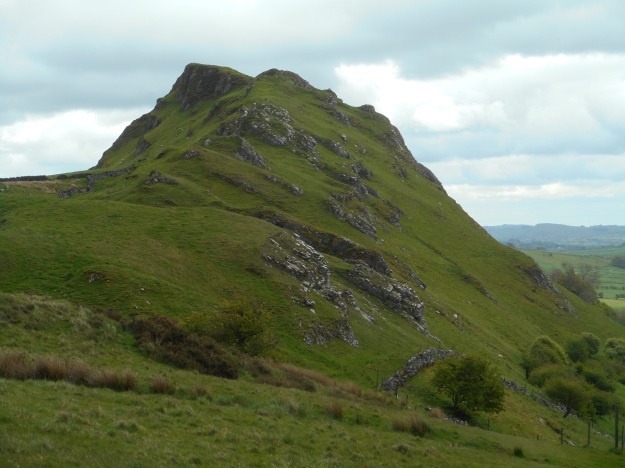 Looking back at Chrome Hill

Hollins Hill is very different in form to Chrome and Parkhouse Hills.  There are no sharp ridges here, though the northern edge drops off quite steeply, giving excellent views across to Chrome Hill on the other side of the valley.  Its summit (1476 ft) is the highest of the day and is crowned by an ancient tumulus. 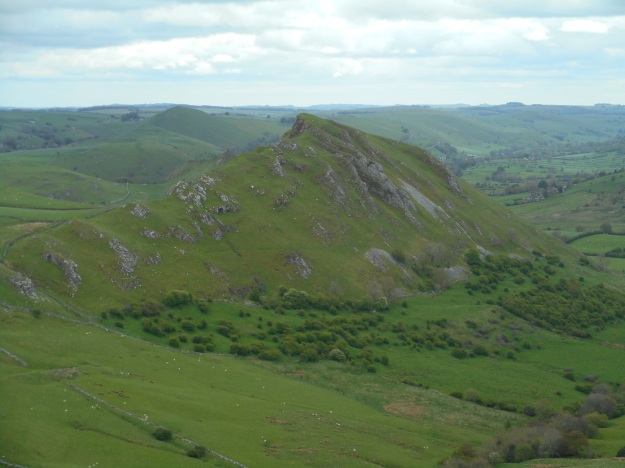 Chrome Hill from Hollins Hill with High Wheeldon in the background

Below Hollins Hill, we passed through a short stretch of woodland where there was a beautiful display of bluebells. 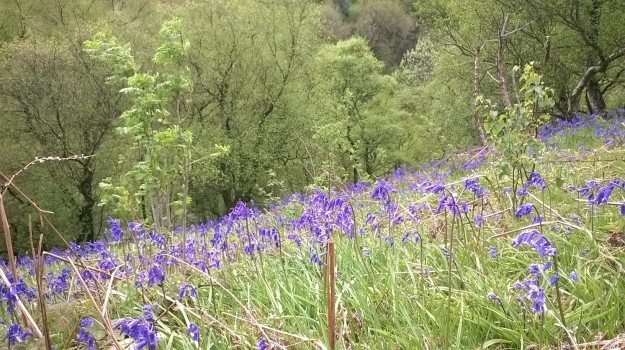 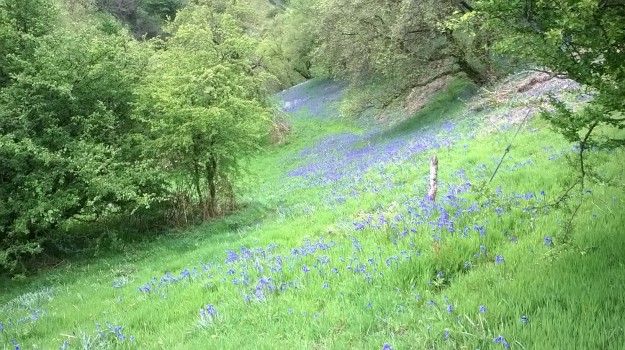 Shortly afterwards, we crossed the infant River Dove to enter Staffordshire for a short distance. Our return route took us through the picturesque village of Hollinsclough and alongside the youthful Dove, before traversing the lower slopes of Parkhouse Hill and re-crossing Hitter Hill to return to our start point in Earl Sterndale. 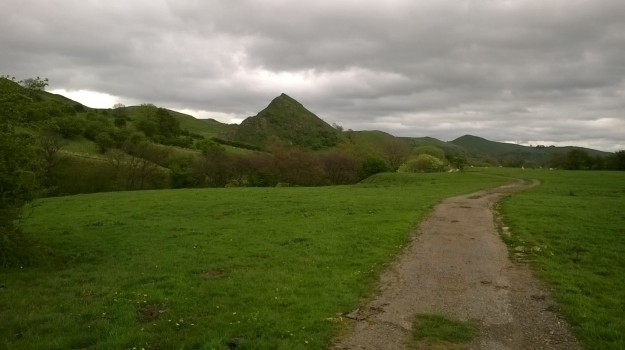 Some photos by Georgina Collins